Hit enter to search or ESC to close
Food for thought

PPC Isn’t Like Prison; Why Competitor Bidding Should Never Be Plan A

In my time as an unrivalled paid search marketing genius* I’ve come across a small, but worrying, number of clients who want to treat PPC like a TV prison show.
*opinion is my own and does not necessarily reflect wider sentiment at Be Found Be Chosen

Not in the sense that it feels like a punishment, because my clients would never say that. Not because they insist I wear fetching orange overalls before I work on their account. They would clash with my ginger hair anyway. Not because the institution is run by a corrupt, tyrannical force with no concern for those in its care (looking at you Google).

It’s because they seem to think the best way to make a statement is to find the biggest, toughest person on the scene and go for the throat. In prison (and even then only on TV) this might be the way to go, but in PPC it’s a good way to rinse your budget and not see too much return on it.

What I imagine a PPC prison would look like

Bidding on your competitors’ brand name can seem like a bit of a no-brainer, and there are definitely times when you can see great results from it. I want to clarify before we go any further: I’ve seen competitor campaigns smash it and make great returns, so I’m not saying the below always applies. With that said, it’s rarely the thing that makes or breaks an account and it shouldn’t be plan A. I’m not the kind to just make bold claims though, so sit tight and I’ll run you through a few of the reasons why:

Think about this as a customer for a second, instead of a marketer- if you’re searching for a brand’s name e.g. The Prison Supplies Guys, you’ve probably got a good reason for that. Your mind is made up, and it’ll take something special to change it now.

You might still switch given the right message, but it’s less likely than if you search, let’s say, “buy ball and chain” (they still have those in prisons right?). In that case, you know what you want, but you’re not committed to a brand yet- so as a marketer, this is the more compelling audience. Your ads will be clicked on more often, the traffic will be more likely to convert, and you’ll usually see a better CPA because of it. At the end of the day, that’s what this is all about.

In a perfect world, conquesting would be this easy. Unfortunately, customers are a bit more loyal than our mate in blue.

There are exceptions of course, but in a lot of cases competitor bidding isn’t just trying to be chosen (once you’ve been found- hint hint) by a customer- it’s trying to make them un-choose somebody else.

It’s going to cost you

There’s a lot of hype surrounding Quality Score, not much of it I actually feel like I can get behind (see my great meme above). It’s a bit of a vanity metric really; taking your QS from 8 to 10 won’t necessarily improve performance if your new ad is less enticing so it can be dangerous to optimise for.

With that said, bidding on competitor names typically results in ads with a Quality Score of 2 or 3, and you’ll feel that difference. By the time your ads are less relevant to the query and your expected CTR takes a dive (as covered in point number 1 up there), you’re looking at having to bid much more to have your ad show prominently on the page. Since you’re paying big for clicks from customers who are less likely to convert, you can find your CPA shooting for the moon. And that’s not what it’s all about.

I found this clever graphic which nicely explains how QS affects your CPC; when you’re bidding on competition, it’s more likely they’re advertiser 1 and you’re going to advertiser 3 or 4 even when you’re in position 2. You’d better have deep pockets.

Your Goals Aren’t Their Goals. Really.

Sort of. But also no.

Let’s not mess about here; there will definitely be similarities between your competitors’ target audience and your own, but they shouldn’t be exactly the same audience. Reason being, if you have exactly the same target user then you must have exactly the same product. If that’s true, you don’t have a USP, so why would you expect users to make the switch? There’s currently growth happening in search language like “is… worth it”, and that’s the question your users are asking. What makes your product worth the disruption of switching?

If you can answer that question, you can market your product well. You can also use it to target people looking for that feature or benefit directly, rather than trying to pry your competition’s customers away from them. Going in that direction will probably get you more bang for your buck too.

Once You’re In The System, It’s Hard To Get Out

They say that about prison don’t they. They should also say it about bidding on your competition.

There is no faster way to get a rival who isn’t doing PPC to start running ads than to bid on their brand terms, and there’s also no more effective way to provoke competition from someone who’s not yet up in your personal space.

Once they’re bidding on your brand terms and they’re bidding on yours, everyone is losing. It turns into an ego contest where you won’t win unless you’ve got deep pockets and a bit of luck on your side. Even then, your performance has a chance to drop off and your boss might start asking those tough questions we all hate.

Okay, So It’s Not All Bad

Let’s not be biased here. There are certainly industries where bidding on your competitors can turn up a great result, and if you’re a big player in your industry where your reputation can turn the tide for you then you’ll likely have an easier time of it.

Honestly though, in the vast majority of cases there’s going to be a better way of spending your money. Ways where you aren’t fighting to change the minds of customers who have made their minds up, paying more per click and probably provoking retaliation and messing with your own costs. And people won’t write silly LinkedIn posts calling you a coward to generate PR for themselves. Just saying. 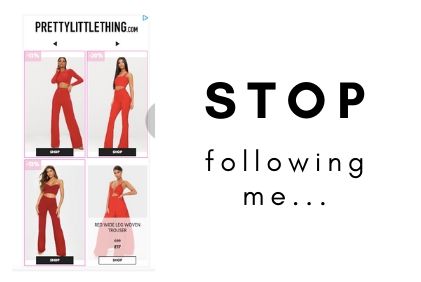 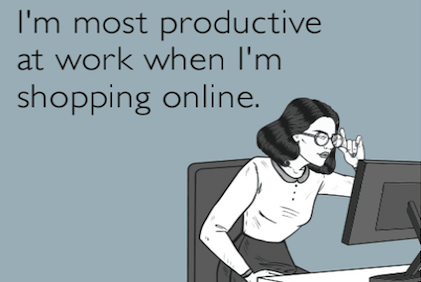 Online shopping behaviour: The confessions of a 19 year old female 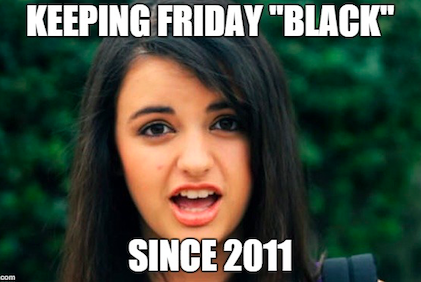